How Patreon saved Nerd Rock, and lots of new projects

Illustration from “Pixel Monsters” on Kickstarter 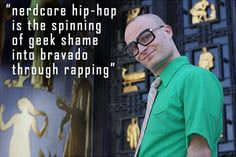 Nerdcore is one of my favorite musical “genres,” if it can be properly called that. I guess I’m more a fan of Nerd Rock, which steps out of hip-hop and into quirky female voices, chiptunes, video game remixes, but for the most part Nerdcore’s umbrella covers all that. The rhymes are clever, the snark flows like fine wine, and once in a while, there are ponies.

For a few years, when life got me down, I turned to my good friend Z, whose podcast “Hipster Please” made a painful administrative assistant job into something survivable. Until, like a Joss Whedon series on Fox, he folded. Not enough time, too many other projects, not enough energy.

I was so very thrilled to see him return to podcasting in Hipster Please 2.0, a tumblr-driven series that’s part of the Geekdad Network. At the heart of this was a Patreon, set up as a means to fund a community.

I love Patreon, I really do.

In a not unrelated note, Matthew Ebel, granddaddy of pan-fandom music, mentioned on FA that he’d be moving to Patreon as a funding model, but I’m not talking about Ebel right now. Ignore everything I’ve said about Matthew Ebel, click no links, that’s a different conversation. 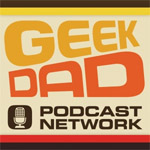 Instead, check out the great music on Hipster Please, the old stuff is a lot of fun and the new stuff is fresh and absolutely worth the listen. And join me (and John Kovalic, huh) and in funding great nerd music and the Geekdad network through Patreon. Looking forward to years of geeky tunes. Thank you, “Z”!

Nation of the Moon Anthology (Ends: 10/3/2015)
Series of stories exploring a world where 25% of the populace transforms into werewolves one awkward full moon.

The Pride (Ends: 10/4/2015)
An ancient race of dragons wakes from their millenial slumber into…modern Los Angeles.
Past its hefty $12K goal! 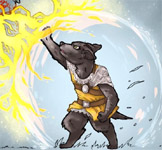 Good Dog – A Canine Paladin’s Story (Ends: 10/9/2015)
A young and noble puppy paladin takes on evil in this short, D&D-inspired graphic novel.
I’m a little on the fence about the art on this one. It’s cute but a little bit not-ready-for-prime-time.

Unleashed: The Movie (Ends: 10/2/2015)
Indie film–an awkward software developer moves to San Francisco, with only her cat and dog. Through a magical happenstance, they transform into The Perfect Men. Comedy ensues.
Second time out for funding this one, and it’s not doing badly.

Beloved Prey: Traveling Opera (Ends: 10/19/2015)
A light, transportable version of Japanese Opera, opening with a Japanese-style opera of an antelope raised by a lion.

Bellzi: Anything and Everything Cute (Ends: 10/14/2015)
Simple, charming and colorful, semi-customizable, plush toys. A bit of a Sanrio vibe to them.

Cold Horizon (Ends: 10/15/2015)
A story-driven 2D platformer featuring a polar bear on a journey of survival and rescue.

Echo (Patreon ongoing funding)
A virtual novel with science fiction overtones: A young otter in a small town digs too deep in a city that has deep, buried secrets.
Demo available, and more art on Chase’s FA page. 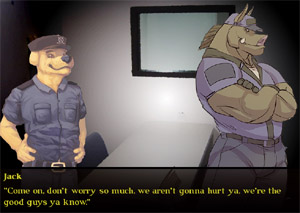 F- me at Freddy’s (Offbeatr Prevote Period)
Busty female lesbian Manga parody of the Five Nights at Freddy’s series.
This one’s gone to Offbeatr a few times. It’s a dying platform. My $.02 anyway.

Matthew Ebel on Patreon (Not Yet Launched): All-around musical everything Matthew Ebel plans out his branding on an upcoming Patreon launch.

What’s Corbeau Backing This Week?
Oh, indie tabletop role-playing games, you sweet, seductive creature. The art in this is kind of reminiscent of “Lilo and Stitch.” Yes, please.