Illustration from Pop Cats on Kickstarter

Well, I got to say, this is bold. In a world where refugees simply cannot find a place to escape the horrors of their homeland, a remarkable campaign—and not just one person with a paypal account and a half-baked idea, but a legitimate, multimedia, workshops and encounter groups, five-year-plan campaign—to CROWDFUND A NATION comes to life. A place for refugees to find a home.

I love you, Indiegogo.

That’s crowdfunding news, that is.

For some reason they’re using a combination of GoFundMe and Indiegogo, which doesn’t make a lot of sense, but this is really a magnificent enterprise, check it out.

There is a certain fear that this large-hearted effort will turn dark somehow, in a “history does not favor nation-shaping altruism” sort of way. But I’m still amazed at the scale of this idea.

Reviews this week—mini-reviews of three video games that are having a hard time reaching their goals. One of them is exceptionally cute. 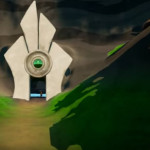 Pop Cats (Ends: 11/13/2015)
A book of watercolor illustrations of cats dressed up as pop culture characters. It’s kind of artmeme.

Corpulent Canine Collectibles (Ends: 11/12/2015)
Artist Volkenfox and author Mickey Bamboo team up for a male weight gain/curse/transformation illustrated novel. With round, round wolves.

Cerebus pages 1-10 (Ends: 11/21/2015)
I have NO IDEA what Dave Sim’s Kickstarter business model is. I’m just leaving it at that. But he’s one of the older proto-furry comics. What are you getting? What is the plan? Argh. Cerebus.

Faun: The Short Film (Ends: 12/15/2015)
Nicely-illustrated student animated film about a wolf-satyr and cat-creature, well worth a look.
It’s a pity this one has no traction at all, the creator may not have been pushing it. It’s really pretty.

Legends of Gyo (Ends: 11/15/2015)
MMOPRG with tall, dragony anthro lizards and bird folk, very anime.
Not a lot of action on this one.

ZompireWolf (Ends: 11/24/2015)
Just in time for a Halloween launch–an “endless runner” vid game about a zombie-vampire-werewolf.
OMG THE CONCEPT ART IS MIND-BLOWINGLY CUTE

Little MachineHeads (Ends: 12/12/2015): ARGH. It’s a frumpy teddy bear that turns into a robot. I’m alarmed by this project on a base level.