Illustration from The Octavius Bear series, now on Kickstarter

So, it’s always been my intent to keep Furstarter weekly-ish, and over the last few months a combination of work/life balance and somewhat slower trickle of exciting projects has kept me a bit off my posting schedule.

I’d like to put in a quick call-out for two portfolios now on Kickstarter. One that’s an artist I happen to be a fan of, one for a sense of history of the pornfunding platform, Offbeatr (NSFW). 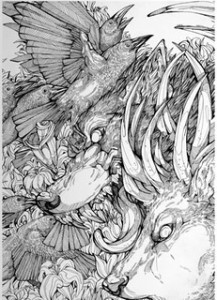 Fans of were and therian art might be aware of the artist Wolfskulljack, AKA Karzrave on Furaffinity. Her work is beautiful, savage, and so very detailed, mostly intricate linked lineart and a lot of werewolves (and a lot of eerie necrotic imagery).

Personally, I think she’s a compelling artist to watch. She may have flown under the furry radar because, like a lot of the amazing artists in the were community, she aims for realistic over cute. So there’s lots of drama and rage in her work, not a lot of smiling dog boys (and her content’s only “adult” in the “contains violent and disturbing imagery” sense of the word, not to stereotype our community but pornographic work seems to to be a big way to break out in the furry fandom.)

But! The necrowolf fandom has spoken, and the Wolfskulljack Portfolio Kickstarter is currently very successful, crossing the $10K mark. This is an 80-page portfolio of Karzrave’s work, dark and beautiful and a little bloody. As I’m writing this there are two days left to get in on the action and support this artist—although in fairness she’s also on Patreon, so if you’ve missed your chance because of a slacking blogger, there’s always that. 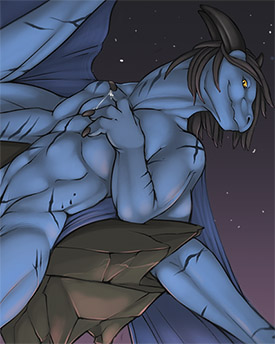 But it’s not like any of that ever hurt an artists’ fan base.

My interest in Tojo’s work is purely platonic, I promise. When I started working on my article, Crowdfunding for Adult Projects, I researched Offbeatr pretty heavily (no jokes, please, totally research.) Tojo was the only furry artist that seemed to use Offbeatr as a selling platform. Since one of my occasional theses on Furstarter is “Offbeatr: Why furries (used to) love it and why it’s dead,” seeing Tojo launch his collection on Kickstarter is substantial proof that it’s not a competitive pornfunding platform. But i think he played this one too safe. Sex sells, presumably Tojo sells sex, and this blog post has more erotic dragon content than his project page does. Not sure that was the right way to go, but I think people are reluctant to put too much sex on Kickstarter. With good reason.

Tojo’s also on Patreon, you can share the love there, too, so to speak.

The Art of Wolfskulljack (Ends: 11/16/2015)
Art portfolio by Wolfskulljack, aka Karzrave on FA. Intricate, dark and savage line art with a lot of love for wolves and werewolves.

The Octavius Bear Series (Ends: 11/22/2015)
“Imagine if Sherlock Holmes was a bear.” Anthropathic animals solve crimes in a furrier version of the modern world.

Above the Clouds (Ends: 12/10/2015)
A colorful and so-very-detailed journey to a world of magical flying fluffballs. Children’s book.
Reminds me of the old Serendipity books from my personal childhood, which overlapped the 1970s more than some of yours did.

SkyHeart (Ends: 12/3/2015)
A surreal fantasy young adult graphic novel with a lot of furry elements, including a foxy main character and a flying pig.
Oh. And a skywhale. I shouldn’t leave off the skywhale. Close to its $78000 (!) goal!

Angels with Scaly Wings (Ends: 11/27/2015)
A dragon dating sim and virtual novel. You are a human swept away into a world of dragons, and need to date one.
I was going to say “I’m not sure how a human dating a dragon would work,” but I’ve spent enough time on FA to get an idea. Over goal :) 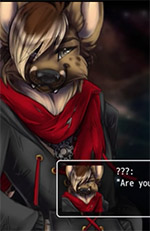 Major/Minor (Ends: 11/27/2015)
A furry sci-fi virtual graphic novel with a very pretty hyena.
I have some reservations about this project–very little information on the page or about the author.

Impulse: An Art Collection (Ends: 11/27/2015)
Colorful 100+ page art/erotica collection by Tojo the Thief, dragon/erotica artist.
I first encountered Tojo’s work on Offbeatr, the only furry artist using that platform for ongoing sales. He’s pulled his work from the site, but glad to see him using Kickstarter.