Charmingly dumb, peaceful and pastoral, violent and far-future: Steam in the Willows, Black Paw: Return of the Dragon, and Lobodestroyo. 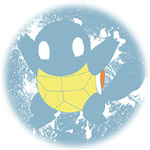 Tail Lights (Ends: 1/2/2014)
Light up your mane–I’m sorry, your horse’s mane–with these breezy LED tail lights.
Hmm…Kickstarter goal and price point for the “get the thing!” level are really high. Not sure $160 for a set of strip LEDs is going to fly outside a narrow luxury market.

Darwin Carmichael is Going to Hell (Ends: 12/11/2013)
An afterlife stroll through mythicals and monsters in this web-to-print project.
Funded!

Red: A Cyberpunk Fairytale (Ends: 12/18/2013)
In a cyberpunk/anime future, Red teams up with a frighteningly massive robot wolf…

Cats Vs Zombies: 9DKP Anime (Ends: 12/18/2013)
Large-headed magical anthro cats vs. a legion of the undead. There are transformation sequences, I’m sure of it.

Steam in the Willows (Ends: 12/12/2013)
A Wind in the Willows edition for makers and craftsmen. WITW text, but illustrations gently tweaked for a steampunk aesthetic.
I don’t know if the mole with little steampunk goggles is cuter than the badger generally. From the makers of The Steampunk Bible.

Lobodestroyo (Ends: 12/11/2013)
90s collectathon-style VG. Mutt, the runt of the wolf litter, tries to find the parts of his pack’s championship belt and the escaped 10 members of the Liga de Los Villanos.
In the spirit of MegaMan and Metroid: Samus Aran

Get fLoRiDa off the ground! (Ends: 1/10/2014)
Fundraiser for the “fLoRiDa” webcomic
Frustratingly little information on this one. Link to original webpage? It’s hard to google ‘florida’ usefully…

Fursuit Automation Project (Not yet launched): A suite of light sensors, LED automation and fan controls for tech fursuiting.
Ex Gender: A Wolf In Stilettos (Not yet launched): Started as pinups, ended up as a full narrative game, transgender tribulations and large-breasted wolves

Gamer’s WORLD Movie (Ends: 12/19/2013): I don’t normally stop to make fun of fail, but leading with the FurNation logo just invites it. A “gamers are people too” film project, and a complete trainwreck of a Kickstarter page. Read it. Love it. A part of me wants to see it. Don’t forget to read the bio.
Bring a Kaiju to Life (Ends: 12/30/2013): A personal project to bring a kaiju to bioluminescent, lumbering, cosplay life.