Two projects from the “you won’t be able to attend” file…unfortunately! With Burning Man coming up soon, the greater weirdo-artistic community has been revving up their engines and getting ready to hit the alkaline flats, and would like to remind you that large, bizarre art installments don’t just pay for themselves. One of these, Catmandu’s massive cat gym, really hits the intersection of playful, creative, and fuzzy that we live in. Then one for the Pokémon fans–their very own parody musical.

Catmandu: Bringin’ Those Cats Back 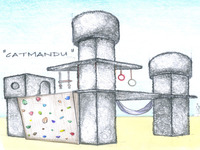 The internet doesn’t lie. Bearing in mind that principle, 5000 years ago the earth was visited by giant alien cat overlords, wise and powerful beings who gave us art, culture, and probably would have taught us the secret of licking ourselves, but were whisked back to space for reasons the internet has not clearly outlined. And now, we have a chance–ONE CHANCE–to go to the playa, and with the cat-luring power of lasers, draw them back to earth.

Obviously, this has to work.

Obviously, the Catmandu Research Institute can explain the science behind all this better than I can, frankly it’s a bit over my head. Their promo video is its own form of brilliant weirdness, totally worth the price of admission.

What’s the final product? A massive, three-storey cat gymnasium, what may be the world’s largest cat tree. It’s certainly going to be the largest one on the playa. The entire thing is carpeted, loaded with swings and rings and hopefully at least one jinglebell, and most importantly, has its lasers trained on the stars, the better to lure the cat overlords back to earth. There’s a few rewards on the Kickstarter–patches, necklaces, the usual semi-related swag. But when the overlords return and share their wisdom with us, I think you’d be glad to have been a part of it.

Pokémon leaves us with so many unanswered questions. What happens to the little guys when they get shoved into balls? Why must they fight? Do they feel pain? Love? Do they love pain? I have no idea if the Pokémusical will answer these questions, probably not. But the Pokémusical Kickstarter‘s promo video asks us to take a thoughtful look at man’s relationship to pocket monster. They feel. They grieve. And they need your support.

As does the cast of Pokémusical, a musical send-off of Ash Ketchum’s first day of his pokemon journey. What’s it like? What’s the full Pokémusical experience? You can get a taste of it in their Media Collection, but you may have to take the journey to Los Angeles to live the dream.

Lucid Dream: Fantasy Portrait Art (Ends: 6/1/2013)
Surreal transformations of pets and owners into glowing fantasy portraits
It’s worth it to watch the video on this one. The funder’s art is genuinely strange and fantastic.

Traveller (Ends: 6/5/2013)
An epic Doctor Whooves audio adventure from Pony in a Box Productions.
Team has a lot of experience in audio dramas…and ponies. Definitely by and for the fandom!

Benign Kingdom Presents: Midnight Monsters (Ends: 6/6/2013)
Art collections and graphic novels, including “Capture Creatures,” a Pokemon-inspired collection of 151 unique creatures and descriptions.
Not all of this is exactly relevant, but the poke-esque collection is charming.

The Chronicles of Jason Vann: The Case of the Melting Fox (Ends: 6/9/2013)
An ebook coming to print: a German Shepherd cop is called in to investigate a grisly death in a smelting factory.

A Bear’s Life: Teenage Stuffed-Animal Angst (Ends: 6/14/2013)
A bear’s photographic journey through a world that doesn’t understand him.
I wasn’t going to include this one, but the photo of the bear out on the streets in a cardboard box house pushed me over the edge.

Catmandu’s 3-Storey Carpeted Cat Tree (Ends: 6/5/2013)
A massive cat toy for human cats to sharpen their claws, lounge, and frolic at Burning Man 2013, and possibly summon giant alien cat overlords.
Would like to steer away from funding for events, things not everybody can attend, but I like the cut of their jib!

“Get Off My Badger!” Music Campaign Video (Ends: 6/1/2013)
An awareness video to fight badger-culling. Also, people dancing in frilly Victorian skirts and badger masks.
For £1,000, you could be badgerlicious. You want to be badgerlicious. But seriously, check the site, the costumes are great…

The Pokémusical (Ends: 6/17/2013)
Pokémon, the unauthorized satirical musical. I don’t think there’s anything more to say, really.
So, the “End Pokemon Cruelty” public service announcement vid is well worth the price of admission. Or you can check out the big opening number.

“Pelted Primacy” Limited Edition Playing Cards (Ends: 6/12/2013)
A standard card set featuring anthro characters for the royal cards and jokers, and paw prints for the pip cards.
More of the poster’s work at his DeviantArt gallery.

Chimera Labs: Realistic firmness sextoys, lubricants (Offbeatr Voting Period)
Crowdfunding for a startup business with a variety of product, with a goal of artistic, detailed, and reasonably-priced, toys.
I can think of no better description than “lovingly sculpted.” Check the poster’s art and sculpts on FurAffinity. Not, you might imagine, safe for work.

MANDROID – The Pervy Adult Tamagotchi of Online Hoookups (Offbeatr Voting Period)
Smartphone app for hookups with some personal safety features and a virtual pet/avatar, theoretically for all genders and orientations but mostly targeting gay men. Not so furry maybe, but aimed at a community reflecting “every race, ethnicity, body type,
Furstarter does not condone this applet. But we would seriously consider condoning that wolf.

JR & Ollie Adventure fun game (Ends: 6/30/2013)
A story-driven puzzle/adventure game in a world of anthro characters.
Click, see the picture with the cute angry foxes, move on. And thank your local English major the next time you see him or her.

Fake Horse (Ends: 7/13/2013)
A post-apocalypse novel of a young man in a horse mask, protecting his herd against the monsters of a dark world. A graphic novel.
This is very “one person’s personal voyage.” Skim through the page, it’s fun, but a bit too “author’s vision.”

Come Find Me (Ends: 12:00:00 AM)
Fox Amoore’s next album, recorded in the “Abbey Road” studio. Still in the preplanning stage, more information as it becomes available!

Wish It Inc – a Comedy Fantasy Web Series (Ends: 5/24/2013)
A webseries by Portal fan film creators Synthetic PictureHaus, featuring Ellen McLain (the voice of GLaDOS) as a wish-granting fairy!
I’m pretty sure every furry has a soft spot in their hearts for psychotic robot dominatrixes.

Wish I Was Here (Ends: 5/24/2013)
Zach Braf, director of “Garden State,” kickstarting a geeky comedy drama, shot partly at ComiCon (skip ahead to 2:40 or so), where one of the main characters enters a cosplay contest to win over a sexy furry.
It’s a HUGE stretch to call this “furry,” so…bottom of the list. But it’s a friendly nod to furs in a nearly-mainstream film, and that’s worth a mention. 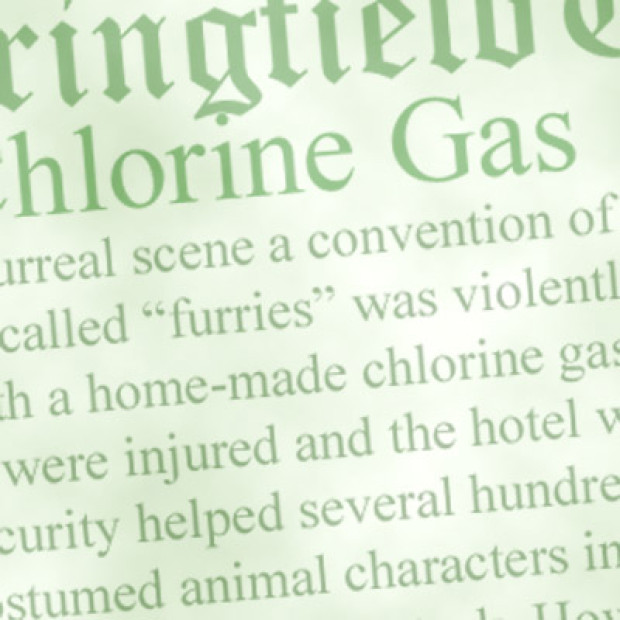 All the world's a kennel: Zipped and Pelted

The Wulfden Theatre Company presents Zipped and Pelted Playing at the Chicago Fringe Festival, September 5-13, Chicago, Illinois Funding on Indiegogo through August 21 One thing that Indiegogo does so very well is operate on a local level—as a platform for community groups to raise funds...