A big problem in the “Kickstart your Indie Video Game” world—as covered in A No-Name Developer’s Guide to Succeeding on Kickstarter—is that the indie market is frankly saturated. Lots of titles to play, not enough time to play them, let’s not even talk about how money enters into the picture. It may be that there isn’t room for another big furry video game success story this season, after Them’s Fightin’ Herds beat its goal by $100,000 (yay!)

So here’s a look at a few titles that are struggling on their goals. Maybe wrong place wrong time, maybe the difficulty of crowdfunding an indie product. But they’re fun projects and deserve a look.

A MMORPG with an elegant art style and a mythic storyline. Legends of Gyo is a game very much about dragons–they rule the world, and your character is one of that illustrious species. Looking at the concept art on the project page, playable characters are willowy and so-very-serious, giving the game an anime-inspired feel.

There’s not a lot of material on the game on the project page, but there’s a few vids on the team’s Youtube channel, including a very pretty sweeping tour of the game’s maps and some of the odd magical features of the landscape. 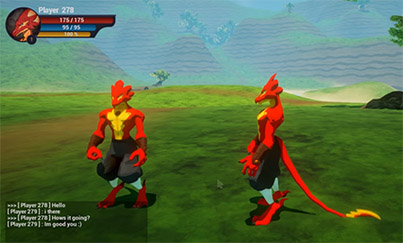 Sadly, the game developers don’t really seem to have a fan base, and there just isn’t a lot of information specifically about game play, size of the world, all those crunchy things. I feel more than anything else Gyo may be suffering from poor marketing—a lack of a good outreach department to tell the world how awesome the product might or might not be. The dragons are pretty—haughty and cold, but that’s kind of the style.

A concern I have is the budget breakdown, which seems very spare. $2000 for a project launch is pretty tight, and while a lot of the game seems to be already built up, $700 for art is hard to wrap my head around. Scrolling down, their real goal is more like $4000 (a second player class, a second map…) and I’d question whether the game can be playable without it. The goal just doesn’t look honest, and then it’s “Flexible Funding” on top of that. It’s hard for me to recommend a project with the red flag of a fundamentally if unintentionally dishonest financial plan…it doesn’t even mention “$200, funding platform fees.”

But the dragons are pretty. 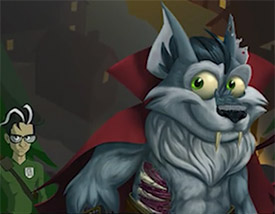 “The hero is a 600-year-old werewolf that got into a fight with a vampire…and lost. If that wasn’t bad enough, he tried to befriend a zombie, got infected, and became…ZOMPIREWOLF.” His enemy? The Professor, armed with a guillotine gun.

I think I’m kind of sold right there :)

This mobile app game is an “endless runner” game, a mad dash away from the professor, trying to find enough blood, brains, and meat to “survive” (whatever that means for someone who’s died twice) and swapping between the powers of zombie (slow and unkillable), vampire (fast, can fly), and werewolf (strength, carnage, really fills out those pants.) A selling point for the game is a “junior mode,” with less gore and a sturdier character.

Is there a plot? I do not know. Almost definitionally an endless runner seems like it’d have a hard time reaching a resolution. There’s a hint on one of creator company Durtbird’s subpages: “..all through his life, he thought he was the only one…but he just found out he’s not!” So it’s an endless run for self-discovery, kinship, maybe romance.

I was kind of taken by the game’s main character, he’s appealing, if perhaps a bit of a loser. But the game puts him in the “victim” role, being pursued by a monster hunter, so that kind of makes sense. The concept art is all kinds of cute (art by the highly versatile Ciaran Lucas), with goofy grins and cartoony style on the more sales pieces, and a lean, loping werewolf on the storyboard art in the Kickstarter vid. Snappy dresser, too.

I’d love to be able to say more about this one, but it’s up against one of the very fundamental problems with crowdfunding video games: how do you get footage from a game that’s in development. And if you do, will it be so rough that it hurts your chances at a final product? Using some cute storyboard and really, really charming concept art may be the best way to go.

The project’s goal seems sound for a mobile app, and their rewards make sense. For a reasonable price, you get the thing. There’s some good swag at the higher levels, but mobile apps tend toward simplicity, so there’s not a lot of +1s you can add to the game itself. I’d love to go to the Ireland kickstarter party (they ran Ghostbusters at their launch party, so they’ve got taste.)

I’ll be backing this one, but it’s a hard road to goal. Good luck, guys!

Kickstarter through 11/18/15, and on Steam Greenlight 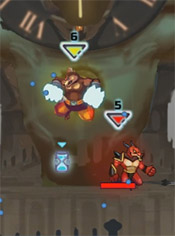 An honorable mention for Riposte, a 4-player arena brawler for the underserved online PC market. The look and feel of the game is at this point very “Smash Bros,” although I cannot stress enough the challenges of launching a video game on Kickstarter: “I can’t fund the development of the product until I have a good-looking version of the product.” So it’s hard to say what the final will look like.

The characters on display are a beefy wolf-badger, a quick bug thing, a Samurai-esque owl, and a dragon warrior with an admirable minimal approach to clothing. All of them can be customized with different uniforms (a sci-fi look, power armor, the “Beyond Thunderdome” style, or enigmatically, chef hat and Spatula of War. The game does have an element of comedy.) Overall, it’s a world-hopping sci-fi smashup, and fans of that genre that have restricted their brawling to the console in the living room will be happy to have the PC option. 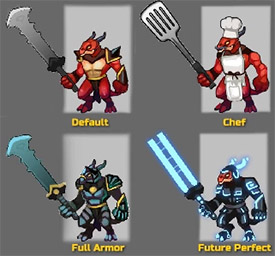 The game is very smash Smash Bros, down to the sound effects and slightly comical approach. That may be hurting its marketing a bit, its main selling point is that it’s not tied to a console, but that’s hard to express in a quick lookover.. It’s got some unusual play modes, like a sporty two-team “footbrawl” mode.

If you’d like to learn more about Riposte, check out the downloadable demo and join the conversation on Steam Greenlight! 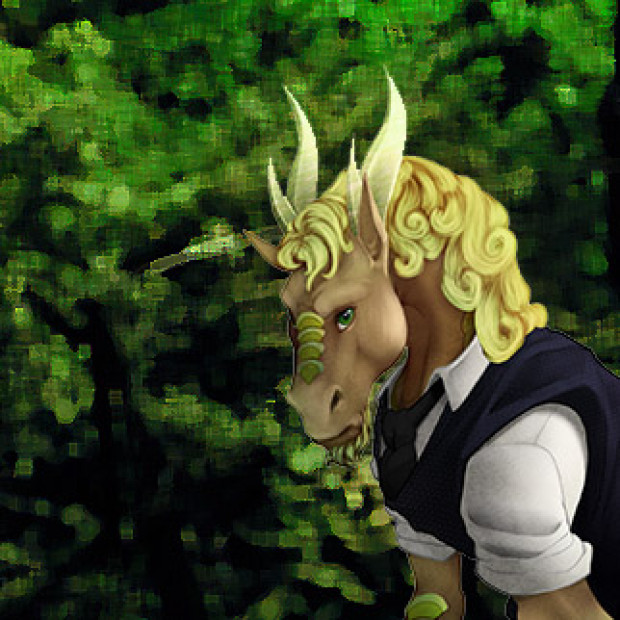