Golden Tablets and Lost Hyenas: From the Dust

Stories from the Old Testament and Book of Mormon, played out by the animals that would have been there…

A part of me is nervous covering a project with its feet firmly in the world of religion, because that’s a language that geek culture dismisses, by and large. But it’d be a shame to pass From the Dust over as just one more spiritual kickstarter (and there are so many of them!) This Graphic Novel/ebook project‘s art is rich, ambitious, historically informed, and absolutely worth a close look.

The first volume of From the Dust, already in print as an ebook and currently available as a freebie (and dragon fans, take note), is set some 2500 years ago, during the Babylonian conquest of Israel and the destruction of the Jewish temple and ruling dynasty (or the prequel to that time, I’m unclear here), the stories of these chapters of The Book of Mormon share characters and events from those of the Old Testament–royal intrigue in the court, loss of home and wandering in the desert–and dragons. I think Sunday School would have been a lot more interesting if it had this many dragons. 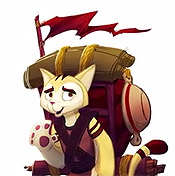 Stylistically, From the Dust is written as an animated movie, a good mode for the epic storytelling author/illustrator/one-man publishing team Michael Mercer is aiming for (and this sort of “foundations of the religion” storytelling defines epic, except of course that the Greeks defined epic). The art has a strong Bluth/Dreamworks vibe, clean, with a little of that faintly unearthly shading of many modern animation projects. Mercer’s background is in the Animation college at Brigham Young University, so the strong animated vibe is reasonable.

The main characters–Sariah, the prophet Lehi, and their families are the sorts of creatures the Israelites might have encountered–striped hyenas, desert cats, an array of lizards, even a fennec on a royal throne. One of the token Evil Priests, Pashur, seems to be a wolf–but we don’t encounter him as a character in volume one…pity, he looks amusingly pointy. 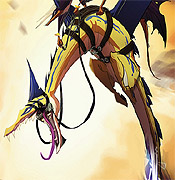 Beyond the graphic novel portion, which is all kinds of epic historical/fantastical fun, the From the Dust project is heavily educational, studded with maps and historical/religious information–pretty typical stuff in religious education material, really, though it’s fairly well-done, if text-heavy at times)–there’s also a few tablespoons of “the artist’s experience,” sketchbooks and procedurals, encouragement, kind of a “DVD Bonuses” approach.

Even if the religion angle isn’t your cup of tea, Dust has strong artwork, and it does make for an interesting and huge story, with the potential for 20+ issues, and that’s really foundational material. Will he move from the African desert to the lost species of the American plains? Time will tell.