This week’s illustration is from the AWESOME project, “The Mutation of Atom,” on Kickstarter

Back from the holidays! Not a lot of really astonishing projects in December, it’s always a slow time, but January’s off to a good start!

From crowdfundingland, an interesting change over on Indiegogo, who’s really doing the only “new” stuff right now in the big crowdfunding names: the creation of Indiegogo Life. This new sub-site hosts what Indiegogo refers to as “what’s really important” and I think of as “crap,” the endless stream of “fund my college, fund my surgery, fund my new Playstation, fund my fursuit” (three “fund my fursuit” projects this month, no I will not link to any of them.)

What’s interesting about this site–because it sure isn’t the projects themselves–is that fundraising through Indiegogo Life is free. That’s kind of amazing!

Cynically, I believe this is an attempt to make their website more relevant and browseable by shifting the TONS of “this is only of interest to myself and my family and friends, not to you, whoever you are” to their own site. I’m not complaining. Kickstarter is slowly being crushed by the weight of fund-my-lifes they let in when they deregulated their platform. And if this has the one-two punch of lowering irrelevant traffic and improving someone’s ability to get the surgery they need? That’s great.

Reviews this week: Non-anthro MMO adventure in Isles of Eventide, and click-and-draggy arty fun with the all-in-one Furry Fandom App.

Goldenwolf’s Sketchbook #2 (Ends: 2/5/2015)
A collection of old and new and unseen art from Goldenwolf, her second sketchbook project.

The Mutation of Atom (Ends: 2/1/2015)
Awesome mashup of Michaelangelo’s “The Creation of Man” and every Kaiju from the classic Godzilla. 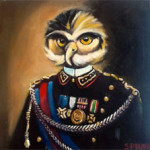 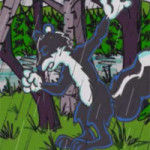 Genus #96 (Ends: 1/18/2015)
Help fund the latest issue of Genus, Radio Comix‘s long-running anthro adult anthology comic.
I’m of two minds here. Radio Comix is a staunch furry ally, but this is the second time they’ve gone to the crowdfunding trough. Are we looking at a dying business model, or just the usual fund-and-presell?

Monsters & More (Ends: 1/23/2015)
A NSFW collection of sketchy watercolor monsters and strange humanoids by Coey Kuhn.
Goal reached! I have a feeling that sergal fans would enjoy this product.

Might of Mythology (Ends: 1/31/2015): This seems to be some sort of dragon-focused art installation with sharp-edged cut-paper dragons. I’ll be damned if I can understand what the creator is saying, it sounds a little bit altered-state. Nice dragons though.

Wisdom of the Dragons (Ends: 2/4/2015): First novel in an epic fantasy something something. Wow. Normally I try not to snark, but this one’s just painful. A one-sentence writing sample that really only just proves they sort of know how a subordinate clause works (“Men in armor had begun filling the square, their swords begun beating on their shields in fear and in anger.”) Such dragons. Species names that sound like prescription medications. Wolf-dragons, zebra-dragons, lion-dragons. If I donated $500 I bet I could get hairless dog dragons. Wow.