Illustration from French animated series “The Crumpets,” now on Kickstarter

It’s AMAZING how many new projects there are, even in the December Kickstarter slowdown period, when you only update once a month. Trying to pick up the pace on this, but it’s been a challenging, wow, six months. Anyway…

First, check out Indiegogo’s nifty project calendar template. No matter what your campaign is, this won’t fit it precisely, but it’s a REALLY GOOD thought exercise, in terms of when to update, checkmarks to mark off, and your responsibilities as a creator. Worth a look. It’s not perfect, it can’t be. But the density of “to-dos” is spot on. 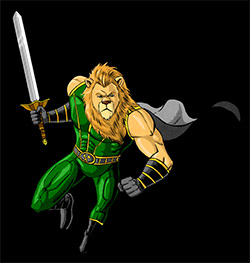 Secondly, a super-quick look at a small anomaly: two furry-ish comics from Canada in the same week.

“Auric of the Great White North” is a miniseries about a pretty traditional hero in spandex, with a couple of twists. The character’s in his declining years. In 1912 he was a mine worker who rescued many of his friends from a strange mine explosion and bizarre body-transforming gas. Most of the gas’s victims turned into monsters (and future antagonists), but through the intervention of the Northern Goddess, our hero became Auric, a lion-warrior.

Over a hundred years later, Auric has been in retirement for a decade, but new monsters are re-emerging. Auric must assemble a new team of heroes, but is he still the hero he once was?

Pros in this one: lots of transformation, a decent lion character, and some interesting story ideas. Cons: To me, at least, the art has a bit of a webcomic look—I’m not sure I’d personally invest, I’d borrow this one but I’m not sure I’d pay for it. That’s me. Transformation and lion fans may likely get a kick out of it. Regardless, good idea, great covers, worth a look. 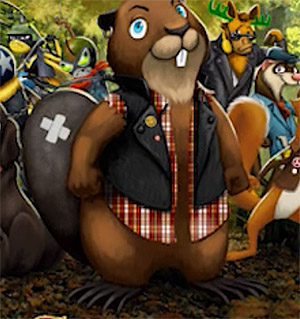 “The Canadian Beaver” is pretty heavily bilingual, French/English. The art varies wildly, the characters are cartoony and sometimes it works, sometimes it doesn’t.

Plot: Our hero, American Beaver, is on an epic quest to win art contests across the world, in an attempt to win back his family’s love.

Various villains thwart his efforts, including a lot of anthro bees, and of course vampire beavers. His supporting characters are the world’s most popular DJ, and a buffoon handyman. 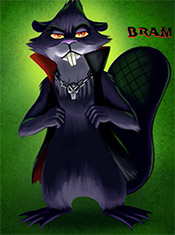 I want to like this one, because the art’s cute. Also, vampire beavers. But I just got through watching “Nanatsu no Taizai/Seven Deadly Sins” and I’m overly sensitive to the “World’s Greatest Snowflake” trope: attempting to make someone special by making them The Greatest, rather than making them intrinsically interesting. It looks like Canadian Beaver substitutes ludicrous over-the-top situations and bigger-than-life comedy characters for development and, well, strong writing.

I can’t really talk about the business plan because there isn’t one. This is kind of a tack-on project to an existing grand scheme of a 3D CGI film with the same characters. The business plan boils down to “the movie isn’t working out for us, so we’ll try this instead,” and it’s obvious that the comic project is secondary to their ultimate goal of a CGI movie. This is another ding against this project for me. That, and using the longest possible campaign time (60 days) for a campaign with a tiny $4,000 goal, indicates a lack of Kickstarter savvy, of attempting to use crowdfunding to raise awareness of the project, rather than crafting a campaign around the project itself.

My $.02 anyway, the art on this one has some really fun stuff and it’s worth skimming through the video.

Kit Coyote: A Tale of Hope (Ends: 12/29/2015)
Children’s storybook about a young coyote in foster care. Cute art, a little outsidery but appealing.

The Canadian Beaver (Ends: 2/3/2015)
Animal-stuffed product loaded with beavers, reindeer, and an epic struggle against…I’m not really sure. But there’s a lot of critters.
This one’s definitely sufering from a poor business plan. It seems like their print costs are high, but there’s no information about this, or how their film project interacts with the project.

Kingdom of Dog (Ends: 12/20/2015)
Graphic novel: in a world where humans have apparently wiped themselves out, dog knights search for and guard their absent masters.
Art on this one is a little rough, but it looks like an interesting project. 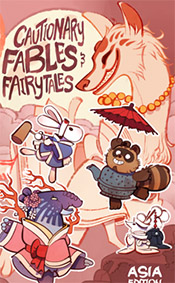 Auric of the Great White North (Ends: 12/31/2015)
Comic mini-series. A herioc mine worker is transformed by the Northern Goddess into a lion warrior. He’s caled ito service again in 2015, but isn’t in his prime anymore.
Interesting premise, beyond the whole transformation thing. The art’s a little rough, but if the writing is good that would make up for it.

Cautionary Fables and Fairy Tales (Ends: 1/15/2016)
A comic anthology focusing on Asian fables and folk tales, with a generous helping of foxes and tanuki.

Decepta Con I (Ends: 12/15/2015)
It’s a convention focused mostly on Werewolf. Really. I don’t know how its funding model works, but that is a LOT of Werewolf.

Reynaert the Fox (Ends: 12/23/2015)
A stop-motion animation version of the fables of Reynard the Fox.
This one’s probably for the SERIOUS medieval fox fans, the animation and style is pretty rough.

The Crumpets (Ends: 12/26/2015)
Not quite furry, not quite human, strange French comedy-animation about a deeply weird family.

Intercept: A Sci-fi Short Film (Ends: 1/2/2016)
Live-action/CGI film with a robot dog and a futuristic thief. The video in this is a lot of fun, with snipets of previous projects (a lot of live-action FPS shooter scenes, ect.)

Goat Army (Ends: 12/25/2015)
Silly boxed card game about armies of goats struggling for teritories. NSFW edition as well. Light and cartoony art.
This one’s from Spain, which is kind of neat. The artwork is lively and fun, solid card game stuff. Glad to see a game that’s not about kittens! 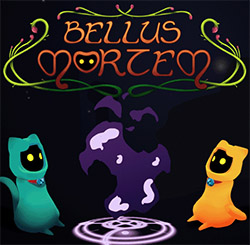 Bearplus – Medicine Dispensing Toy (Ends: 2/8/2016): It’s a kid’s product, a bear that coughs up pills and such. Children must kiss the bear to receive medicine. I’m not sure what we’re teaching our kids in Finland. The video’s got some moments of horror in it. Worth a look, it’s fun.