This week’s illustration is the reverse side of Pelted Primacy, now funding on Kickstarter.

This week, DJKyota’s  “Pelted Primacy” makes its return to Kickstarter. I’ve been watching this project for a few years, and it’s been an interesting exercise in adaptation. In its latest incarnation DJ has developed the artwork and is using Kickstarter for a preorder system. “Pelted Primacy” was one of the first projects I covered, in my second post. I’ve got my fingers crossed, here’s hoping this is the evolution of the project that springboards it to success!

This week saw a lot of really, really first-time projects that were a bit on the rough side. Uncertain of why–I don’t plan to bother following the astonishingly missable “Thundercats” fan film ($1mil goal, no business plan…), but some of them were so undeniably furry that I have to at least give them a nod. In particular, “Redemption” stands out for having most of a chapter in the in-line text of its Kickstarter story, as well as having only one paragraph of business content.  “Isles of Eventide,” is a nice-looking little non-anthro RPG, also suffering a bit from “first time out.” I think we may see this one again in the vague future.

Redemption: A Fantasy Novel (Ends: 1/22/2015)
First-time novel project in an anthro fantasy universe.
I suspect including “noooooo” in the sample page was a mistake. 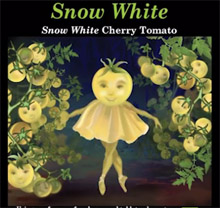 RABBIT (Ends: 1/22/2014)
A graphic novel of a rabbit working as a bar-bouncer in a city of carnivores. Strange, rough, and abstract indie goodness.

Tabby (Ends: 2/8/2015)
It’s a sweet rom-com with a crazy cat lady as the main character! Great cats and nice art.
Lots of art and sketchwork on the artist’s process blog.

Pelted Primacy (Ends: 1/16/2015)
Anthro card deck by DJKyota, with character art for the court cards and unique paw-print suit designs.
It’s been interesting watching this deck evolve over time, it was one of the first project I covered here.

Squatting Dog (Ends: 1/30/2015)
If you really, really needed a miniature figurine of a shiba caught in mid-poop, the internet will provide.