For the birds: Birdland and the Gothitropolis “Raven” line.

This week, two Kickstarters focusing on that rarest of birds, the anthropomorphic, well, bird. One’s a graphic novel set in Jazz Age NYC, the other’s six inches tall, plastic, and pissed off. But both have an attention to detail that’s nothing short of amazing. No more bird puns, I promise. Well, one. 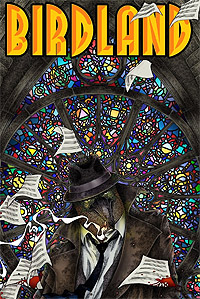 Imagine the lush detail, dense and full world realized in Fritz Lang’s Metropolis. A world so packed with energy, detail, and scope that it could only exist in black and white–adding color would simply be an overwhelming explosion, a riot that washed away the art. This is the rich, detailed B&W imagery of Shane Murphy’s Birdland, but with a sound track inspired by the fading strains of the Jazz Age, the Roaring Twenties, and a little classical/baroque.

Birdland unrolls a noir detective yarn about Rezno Piano, a man–well, a bird–trying to solve a series of deaths linked by a mysterious piece of music. Music and musical metaphor runs throughout the story, informed by jazz, classical, ballroom, opera…it’s unfortunate that Murphy didn’t include a soundtrack as a stretch goal! “Music,” the author says, “is arguably the main character of Birdland.”

Speaking of characters–it makes sense that in a story that’s about music should be told using a full aviary of herons, raves, doves, peacocks–a city full of birds, reveling in a world caught between the swirl of the 20s and the crash of the Great Depression.

The art of Birdland is amazingly detailed, and completly hand-drawn. I’m most strongly reminded of the illustrator David Macaulay, whose books Castle and Cathedral carried so much fine penwork you could read every line in the brick. The kickstarter has several completed pages from Birdland to look through, and it’s already made goal. Is it too early to be looking forward to pages from Issue #2?

Gothitropolis Raven (and other) Action Figures

To paraphrase a dated commercial, “with a name like Gothitropolis, it has to be dark, brooding, and overwrought.” And we have achieved that goal. It’s just possible that anthro birds aren’t your thing–maybe you’d prefer Anubis or the minotaur lines and hippo/boar/elephant figures from the related series, “Seventh Kingdom.” But if you ARE of the feathery persuasion, and frustrated that you haven’t been able to fill your toy shelf with a collection of strapping, vaguely Egyptian bird warriors, well, carpe that diem.

Four Horsemen Studios has a long and storied career, so far as involvement in the “Action figures for boys who grew up, kind of” market goes. The company’s four chiefs originally worked for Todd McFarlane’s miniatures company, with a hand in the work that defined horror miniatures in the mid-90s–I still have their awesome werewolf set somewhere in my closet. So, these guys have cred. Their strategy lately has been to survey the internet to get fan input on their new lines, which may be why they’ve been sculpting species that are a few steps away from the usual cat girls and warrior tigers.

The “ravens” Kickstarter takes nonstandard and runs with it, with a warrior cardinal, vulture, griffin, phoenix, and a duck named “minotaur” (there’s a joke there that I’m not getting.) In the event that they meet their higher stretch goals, wings, both skeletal and feathery, make their appearance. Each of these figures is filled with little details–fretwork armor, sidearms, and so on. They will absolutely own your toy shelf at work, and put your coworkers’ pictures of their children to shame. However, Four Horsemen tends to work from the “collectible, short time only” model, so these may never make it to a toy store near you, and individual models may be harder to find than others, so the Kickstarter may be the only way to get a complete clutch of these guys.

“Meet the Mascots!” Animation (Ends: 8/18/2013): Relaunch of the “Mascots” project, teen angst with anthro sports mascots. No change to business plan, which already failed once…

Wildcast of the World (Ends: 8/25/2013): A web-based interactive resource to spread awareness of the remaining sildcat species.

Save Virachey Park (Ends: 9/10/2013): Campaign to install motion-trigger cameras in Virachey park, Cambodia, to show it’s a worthwhile preserve of endangerd species. Do it for the dholes!

Art Story: An Original Animated Film (Ends: 8/23/2013): Animated feature film: grandson and granddad get dragged into a wild ride through the worlds of famous paintings, by a pair of Disney veterans! 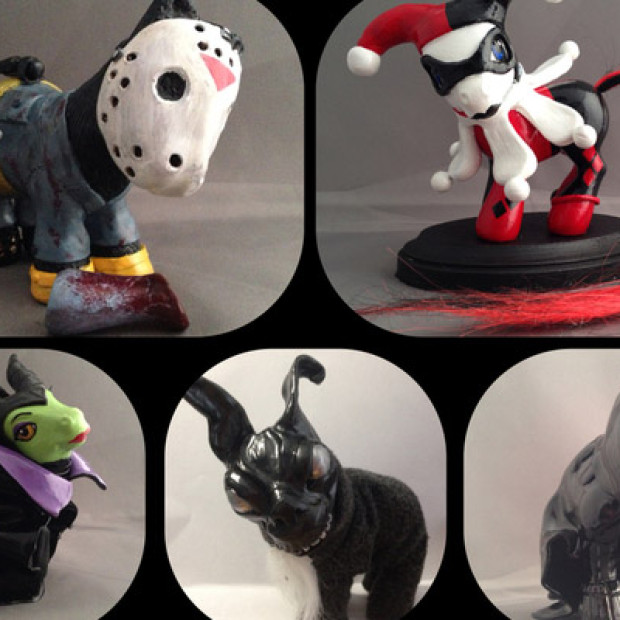 Rizzo Michelle's Custom Art Doll Ponies Indiegogo It's sort of a case of parallel evolution. Once there was a mom who saw some vintage My Little Pony figures, and said, "...I could make art out of that." Which, of course, is what the Brony community has been doing with Friendship is...