A photographic romp in robber masks and vintage sets…

Horace and Agnes: A Love Story

Kickstarter ending 7/13/14
This is a gentle sort of project. 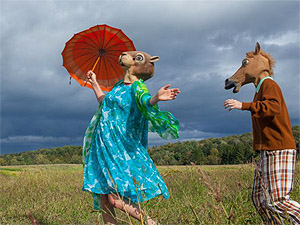 You’ll recognize at least one of the characters from “Horace and Agnes: A Love Story” from the Internets. Horace’s rubber horse head is practically a meme on its own, and I honestly almost clicked past this one when I saw his screaming, whinnying face. I’m glad I didn’t.

e cast of “Hipster Animals” went crazy with the rummage bin at the Salvation Army and a lomo camera. That’s the feel of H&A: a world of animal people in quirky vintage. Here’s a shot of two high society hippos dancing in the new year in 1968. There’s your Uncle Walt, but with a goat’s head.

I don’t actually know your Uncle Walt, maybe he has a goat’s head. I can’t make assumptions with furries.

Horace and Agnes, AKA Asia Kepka and Lynn Dowling, are jointly raising money for a photo exhibit at the Griffin Photography Museum, opening up the world of Horace and Agnes to the greater Winchester, Massachusetts museum-going community; the Kickstarter is intended to provide funding for their gallery launch-frames, transportation, etc etc…probably more rubber masks are involved at some point. 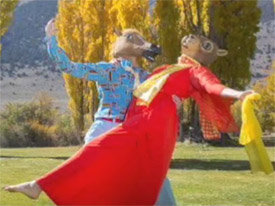 I like this photography collection. It’s quirky, the vintage clothes and props are just dead on, archetypally 1950s, and the sense for real characters have real lives and real friendships is so strong. Sure, it’s all soaked in a Wes Anderson-based marinade, but try to look at “Home Movies” and not want to put on a rubber dog face and  tipple back a sloe gin fizz. Somehow, the artificial rubber masks lend everything huge amounts of life.

The Kickstarter itself has one of those typical “art over product” problems, if it’s a problem–there really isn’t a magic pledge point where one can get the thing, whatever the thing is. The books are very expensive (even if you like the joke a lot, $100 is a bit much to pledge for a joke), the calendar’ looks like it’s just a single image. There’s no place that really feels like the right pledge point for someone who doesn’t know the photographers personally and isn’t likely to make it up to Massachusetts.

You can see more of the “Herbert And Agnes” story on Asia Kepka’s portfolio, or of course at the Kickstarter page. The “making of” video at the end is worth a view, if you’re amused by the rest of this silly stuff. 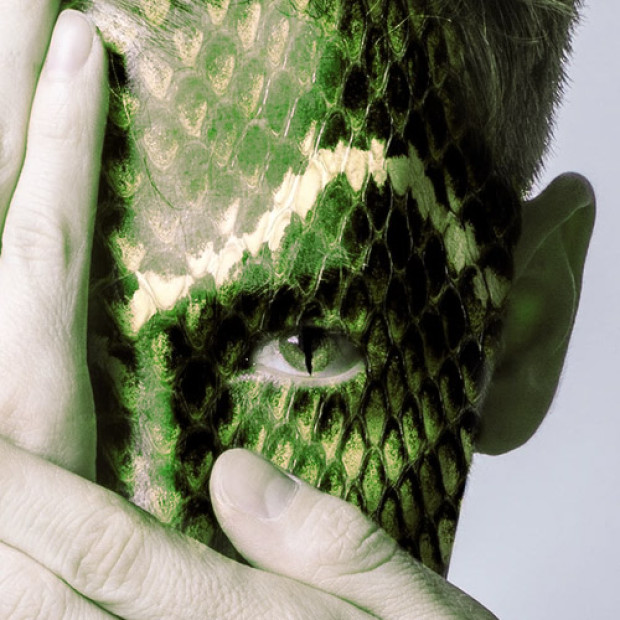 Photomanipulated portraits and digital make-up effects to discuss the challenges of imprisoned animals... Faces of the Wild Kickstarter ending 8/3/2015 So...in terms of recommending this project, I don't think I can. It doesn't look like the artist himself is promoting it, and there's...