It Slices, Dices, and Locates Furs within 2KM. An all-in-one app for furry artists, fans, and community-builders… 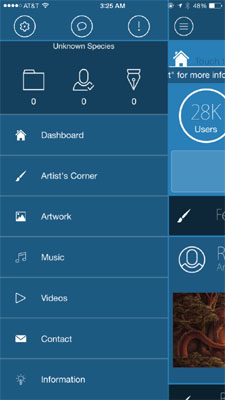 Build a better mousetrap, and…and the metaphor breaks immediately, because some of the nicest people I know are mouses.

Furry social media space is pretty crowded, with perhaps 30 sites to serve something like 57,000 furries. A lot of websites and products have tried to be the Next Big Thing for furries. FA has the weight of numbers behind it, but is weak on community building and conversation–and tech-wise, isn’t part of the discussion anymore. 2005 was a hundred years ago.   In a tech-savvy fandom where the vast majority of us carry a powerful web browser in our pocket, there really isn’t a strong app to service the community (outside of a few find-a-fox hookup apps, which may be a little too single-use.)

Enter Morham Technologies (website under construction) and their upcoming fandom app, now on Indiegogo. On the one paw, the app is work-in-progress (the working title is Furry Fandom App, but rather than abbreviate it in the obvious way I’m going to shorten to “The Morham App.”) and a lot of the images available are, also, work-in-progress. On the other paw, the developer and spokeswolf Matthew Mooneyham (alias, Lokoti Wolf) has some success in app and site development (most relevantly the recent facebook-esque social media site, furspace.net). 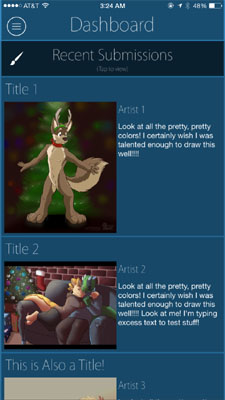 In a crowded market, whatever’s scheduled to be the Next Big Thing had better be pretty awesome–able to take the best from FA, Facebook, Twitter, and build a one-stop shop for furry community (and furry art, I’m not sure you can separate the two.) Having a few extra features would be a plus. And, as proposed in its project page, the Morham App delivers in spades.

You have to break down the app’s features into chunks, this burger is too big to bite into. Let’s look at in terms of social, archival, and artist functionality. (If you’d like to see the demo version of the app itself whizzing through its features, here’s a link directly to the feature tour.

Social:
In my local community, we’re served mostly by facebook and twitter, good tools to communicate with friends but not great for finding new contacts. The Morham App’s social features have community-building functionality as well as the more standard IM tools:
»Direct messaging
»Group and Forum tools
»Event posting
»Integration with Facebook for microblog functionality
Long-term goals for social networking are location-based, such as a “nearby furries” locator and conversations that are geographically centered, like creating a conversation forum and events list restricted to the city blocks around Anthrocon (“Geofencing,” it’s called).

Archival:
No furry platform could compete if its user can’t share pictures of his/her avatar dressed as Bishōjo Senshi Sailor Moon in a compromising position with two dingos and the 10th Doctor. The Morham App has post-and-share functionality for music, art, and text, with simple layout for easy viewing on your device of choice, and commenting.
»Reposting is available, great for a commission-heavy community, so the same image and comment section can appear in an artist’s and commissioner’s separate art feeds…including some analytical features to merge “accidental” duplications together.
»Content Feeds: Down the road, the Morham App will be able to collect furry video and audio podcasts.  It doesn’t seem a long journey from “repository for furry sound files” to “basically it’s a furry radio,” I look forward to seeing how that technology develops!

(As one of the double handful of furry journalists out there, I’d love to see a furry news aggregator feature. Just saying. My birthday’s in March BTW.) 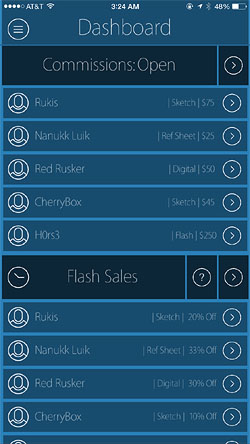 Artist:
Here’s where the app shines. A portable social media and art-browsing tool is useful on its own, but the Morham App’s strongest focus is on simplifying the artist’s experience and creating clear lines of communication between an artist and her fan base:
»Commission queue, commission status, and payment management
»”Currently accepting commissions” list for followers (I’m assuming this is just the artists the user follows, not all artists.)
»Groupon-style “flash sales” (say, an artist wants to work on a series of bookmarks, or wants to offer a one-day sale on reference sheets, this makes those short-term deals “pop”)
»Adspace (early adopters through the Indiegogo campaign get “free” ad space with their sponsorship).

Anyway, enough with the features! This isn’t a complete list, Lokoti Wolf has some features he hasn’t shared, and some more in the pipeline. It’s a nice long list for a free app!

There are of course a few hurdles in a project like this. One of the big bugaboos in the furry internet is long-term funding, which is challenging for a free app or other resource. Since the Morham App is largely about artist-fan relations, the two obvious routes are ad-driven revenue and transaction fees. There’s a delicate balance between cost and value of service, here. Transactional fees are a part of the world we live in, but it’s going to be a hard decimal point to place. 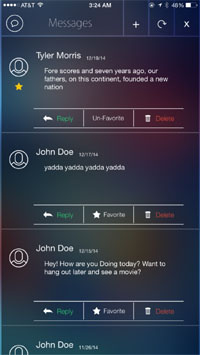 The other problem is the classic “video phone” dilemma, the critical adoption mass. Until the time when everybody carried a camera in their pocket, video chats just weren’t a thing–you could buy a video phone, but unless your SO, mom, or co-workers had them, what was the point? A project like this will become progressively more amazing as  it is adopted by more users and artists, but until then, it’s a long road to success. A huge advantage the Morham App has is there simply isn’t any competition in the field of furry apps–it’s a largely empty playing field. Hopefully I’ll see Lokoti on the con circuit soon, giving it away. Sounds like a fun vendor table. “Here, have a thing! It’s free and awesome!” Nice work if you can get it :)

From a crowdfunding perspective, I wouldn’t be surprised if the Morham App comes back for a second round of funding after the software’s alpha test and feedback (I’ll be getting my own copy soon, and will add comments to this post.) A strong project would probably help it out there. There’s also some rocky issues with premiums and pledge points–there’s lots of rewards for artists, but not much incentive for casual fans to donate–or for businesses and websites that don’t fit well into a content stream. A springtime marketing makeover (tighten the video a bit, take out the 30 seconds of login screen, less talking head and more chrome, in-line graphics for the page itself, maybe lose the flexible funding…) might help launch the app to the general public during a round two campaign in the summer.

Now, on to play with my new reviewer’s copy!

Images above are used for review purposes with permission. Please link to this article or the app’s Indiegogo page if you re-use! 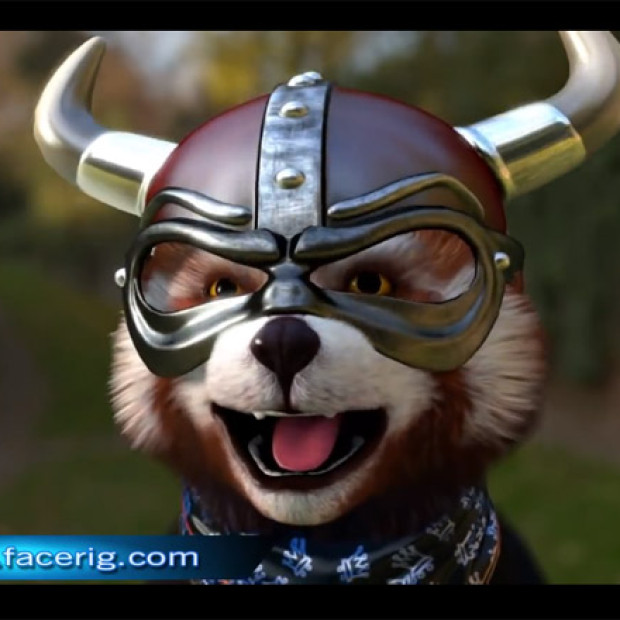 Real-time face animation for your mobile or PC, for gaming, chats, and film recording... Facerig by HoloTech Studios Indiegogo ending 2/5/14 At some point, every furry has asked themselves this question: Why can't I be a red panda with goggles? Isn't modern anthropomorphic science up to...