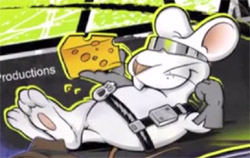 This one’s a throwback to the slick-but-funny action cartoons of the 90s, made by a team built from some of the top properties of the stellar run of CGI fantasies from the last few years. You can see the aesthetic influence of SWAT Kats‘s grim but colorful felines, the themed technology from Road Rovers (maybe not to the redogulous degree of RR, but we’re just looking at pedigree, here). I think they may have borrowed Batman Beyond‘s swatchbook, but I’m not sure about that, the future was designed on an Ipad and that’s all there is to it. 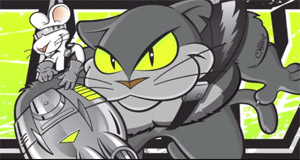 Claw’s 21st century ancestry–well, it’s got some chops. The experience in this project is vast and colorful. The series director is Alessandro Ongaro, who’s done effects work on Over the Hedge, Madagascar, Flushed Away, How To Train Your Dragon, One of the Kung Fu Panda movies, and Constantine (it’s not furry, one of my favorites though…) Producer Tony Cosanella has  touched The Emperor’s New Groove, Madagascar, and a few Disney and Pixar films. The series co-creators, Gary Pilla and Greg Scheetz, may have shorter furry fandom resumes–Gary Pilla is a branding wizard and writer, which might go a ways to explaining Claw’s slick look and feel. Greg Scheetz, graphic designer and concept artist, I haven’t been able to find much on, he may have been forged by the gods as a co-creator. 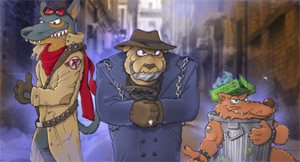 Babble, babble. The series itself looks like a lot of fun! The dark-future city of Anonymous is infested by the kind of crazy villains you can only get in supers cartoons that don’t take themselves too seriously. It’s a bleak future to begin with–water and other resources are scarce, and into that mix the all-canine crime syndicate, the Malicious Urban Thugs and Thieves, makes their flea-ridden appearance. It will take a hero to break MUTT’s hold on the city of Anonymous–and reluctantly, streetwise, cynical Claw and his gadget-happy mouse sidekick, Edison will be that hero. Those heroes. Grammar! 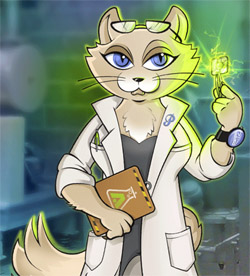 With him on the journey are some strong allies–privatized power advocate Purrfessor  Purrnelope (oh, the puns), and the man with the name so awesome it should probably be reconsidered, Trash Manhole, sanitation expert, and his truck of action, the TNT (Trash Negation Transport). Lots of gadgets–some of which you can get as Kickstarter backers–and an interestingly edgy theme song by Positive Chaos. If you’ve got a theme, you’re halfway to funded.

So, looking at the Kickstarter itself. It’s a great survey of the product, showing off the technology–stylish and retro, crazy and future, gritty and apocalypse-noire–lots of characters, lots of toys! It’s actually kind of visually overwhelming, even cluttered, which given that Gary Pilla helped brand Apple.Com, seems a little strange. The general feeling I get looking at “Nine Lives of Claw” is that it’s a secondary funding source for a product that’s got at least some Hollywood backing. From other Kickstarters, it seems like $20K is about the place where “my series pilot” starts, and this is “my series.” But it’s hard to reliably fund a project through Kickstarter when your goal is by necessity in the $100,000+ territory, so using Kickstarter as a part  of a strategy for a large Hollywood project makes sense.

The rewards cover a huge range of levels, with some of the standard “hug” levels, the baseball card and tee levels, soaring up to some lofty animation cels, limited edition schematics, your voice in the series, and some unique pieces like the prop models for some of Claw’s toys, and the $10K corporate angel with product placement in the show. This, I think, covers all eventualities.

I do like the $8,000 piece, which actually seems like it might actually be a legitimate asset if you have some very specific life path in mind–being folded into the project team as an a sort of observer/intern role. Doesn’t look like a working position, mostly just a chance to be on calls and meetings and see the studio. Still, it’s an interesting investment in series production.

So, where we’re at: if you don’t donate, bad dogs are going to take the water and power away from the poor Anonymous townsfolk. Personally, I can’t live with that. Check out Claw and see if you want to get involved! 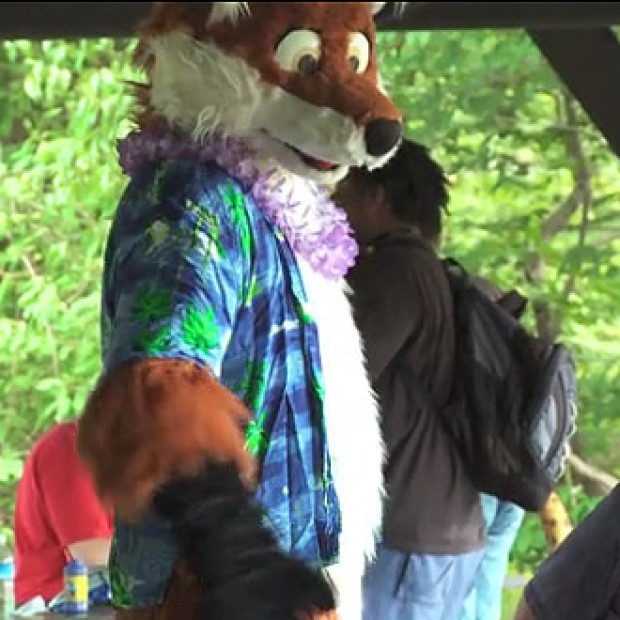 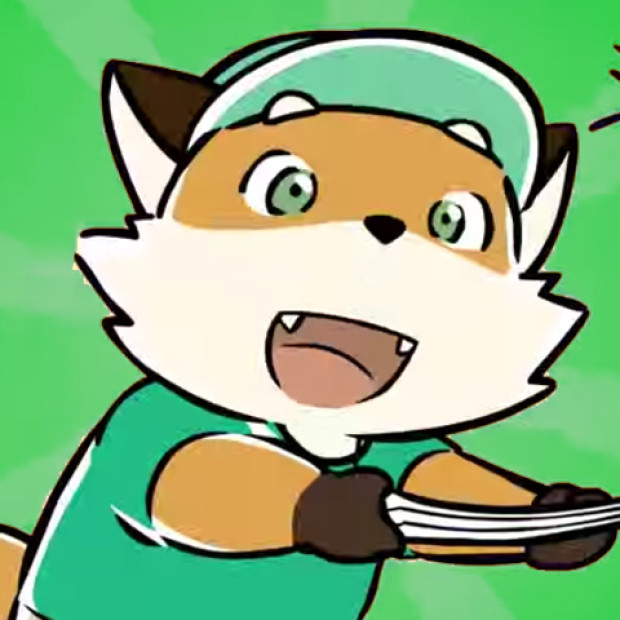 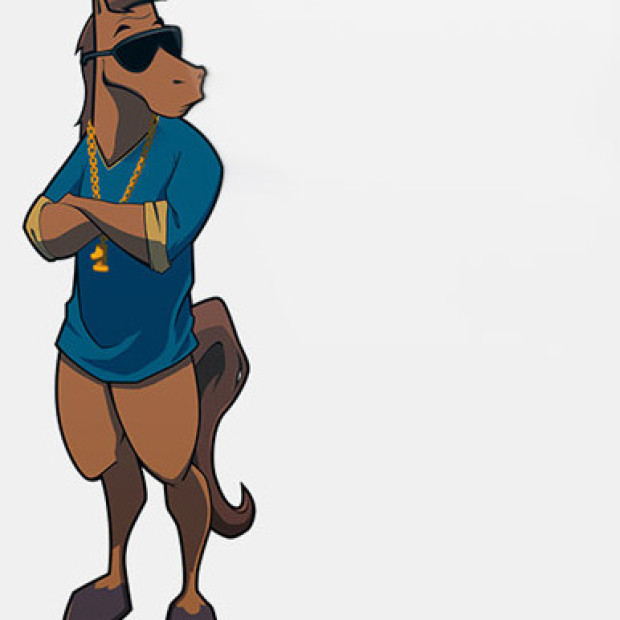