Ships, T&A, and the End of the Universe: SpaceRamblers

A little anime, a little space opera, and a lot of epic. 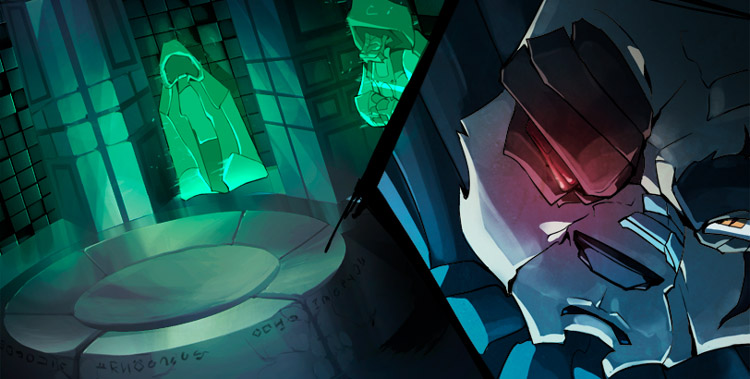 UPDATE! The Space Ramblers webcomic has come back to Indiegogo after a hiatus with a revised business plan and a print version. Check their new Indiegogo campaign. Some of the content of this post may be out of date, check their campaign for the latest information. Campaign ends 6/29/15.

Space Ramblers–soon to appear on a web browser near you–is a massively epic space opera–it’s got swords, it’s got blasters, it has dragons, it potentially has the end of the universe, and may, possibly, have strange and ancient gods. It definitely has a panda.

SR is the project of Roman Polikarpov and team, and the first five pages are up, teaser-style. Given the general structure of “Epic Space Opera” as a genre, it’s kind of like seeing Dumbledore dropping off Harry P at the Dursley’s, or the destruction of Krypton–these are events that set the motion for what’s coming next. We’re not really setting the stage for Act 1, Scene 2, so much as showing the scale and importance of what’s to come, even though the trope of the Hero of Destiny is always “start small, end global.”

I’m only saying, I’ve seen two pandas so far. One controls the universe and sent his family away in an escape pod, the other looks a bit like Lina Inverse‘s younger, slacker sister. It’s not a bad look.

The prologue does show off Polikarov’s art, which–kind of like manga, really–ranges from moody and detailed to–dang, is there a word for it when anime characters are suddenly drawn in a simple, silly way, to show that they’re being simple and silly? By and large, the art is exceptional for a webcomic, and if it can maintain a weekly page of this caliber with a small team, that’s a pretty good level of quality.

You can learn more about the various characters and some of the technology of the SpaceRamblers universe over on Polikarpov’s FA account. If you like sci-fi it’s definitely worth a +watch. 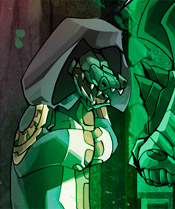 There’s a common problem in funding webcomics online. It’s kind of like the problem of kickstarting a video game: “This is going to be AWESOME when we have a final product, but the progress shots are grainy and low-rez because it’s in development!” That problem–which I’ve seen time and again–is that as you start a webcomic, you just don’t have a fan base. A basic rule of crowdfunding is that it is, at the end of the day, something of a popularity contest. You either have to have a great fan base or a really amazing product to get the dollars. Webcomics get dinged on both sides–a new webcomic doesn’t have the warm bodies and eyeballs to get the big dollars. And because artists change and grow, what it is on page one isn’t what it will become three years down the road. The art will change over time (unless, like Girl Genius, the artist has spent decades honing his style. Look at Page 1 and Page Now of Housepets, though). Or like The Furry Experience, the tone of the comic shifts as it hits its stride. 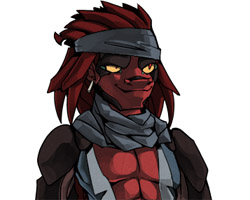 Funding a new webcomic, both for the creator and her patrons, usually ends up being a leap of faith. Thankfully you’re not dumping tons of money into a bound and printed product, but there is a lot of time that could go down the drain in terms of development. And for the patron, you can’t flip through the material and decide what it’s worth to you, because you really don’t know what it’s going to be worth to you.

That’s the principle challenge of Space Ramblers. It’s a new title by a relatively new artist. Polikarpov’s FA and DA accounts are new creations, devoted mainly to the webcomic. There is a furry scene in Russia, where Polikarpov hails from, so that’s a growth opportunity down the road, but it looks like a small community.  Now, Space Ramblers is getting an FA banner ad, and that will hugely help their exposure (those ads, they’re magic, seriously). But with the Indiegogo campaign already launched without a robust fan base, it may be too late for this trip around the merry-go-round. We’ll see. 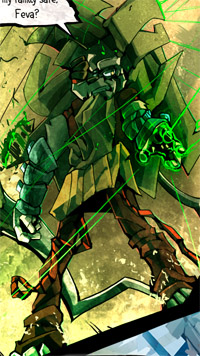 I almost never say this, but SpaceRamblers should probably have gone flexible funding. I love all-or-nothing funding, it says “hey! I’ve got a business plan!” but webcomics are soft and squishy things. It costs very little to start one up, and while the burden of time is huge, the literal financial cost really isn’t (yes, time and money are the same thing, but only after you can make a part time job out of your passion.) That’s why an ongoing tip jar like Patreon makes a lot of sense for a content provider, it’s revenue that can slowly build as your customer base does.

So far as the Indiegogo page goes, it’s not bad. It has the hard story to tell of “fund my free, publicly-available art,” which is a difficult task in our notoriously cheap fandom. I have some issues with the content–artists are not necessarily marketers, and there’s a lot of “wow this is great!” instead of clear communication of the project’s scope, the characters, and so on, but that’s what FA is for, fleshing out the details. “Tell me that it’s fantastic” is never as compelling as telling me why it’s fantastic.

(It’s one of life’s sad truths that marketers, quite possibly the most useless creatures on board the Golgafrinchan Ark, B-Class, generally have nothing to contribute to the world but hand-waving and exclamation points–but the real creators of the world have their hands full, and really need well-placed exclamation points. After 12 years in marketing, I’ve been able to accept that, to paraphrase Milton, “they also serve who only stand and wave.”)

So here’s my hope for SpaceRamblers. With its low goal, it’s possible that it could make goal after its FA banner ad goes online, but that’s going to be challenging. It has the advantage of being one of the top projects on Indiegogo’s “Comics” page, which usually only fills two or three screens anyway, so it’ll maintain its visibility through the campaign if it gets a few tweets and outside links and the artist posts a lot of updates (Indiegogo tip: posting updates increases your “gogo factor.” I bet FurAffinity links aren’t helpful here since FA hides itself from Google, but I have no way to test that.)

Anyway, my hope would be that the SpaceRamblers campaign is a soft launch for Polikarpov’s comic, and that its funding level without an established fan base is not a reflection of what it could be down the road, after six months of material, an FA banner ad, and maybe a convention table or two. It’s challenging for an unknown artist to raise money, but every artist started out as an unknown.